In April 2014, totally out of the blue, the international fashion bible ‘Vogue’ recommended our ‘World HQ Uplifting Groove’ weekend parties & printed one of our flyer images & our web address. 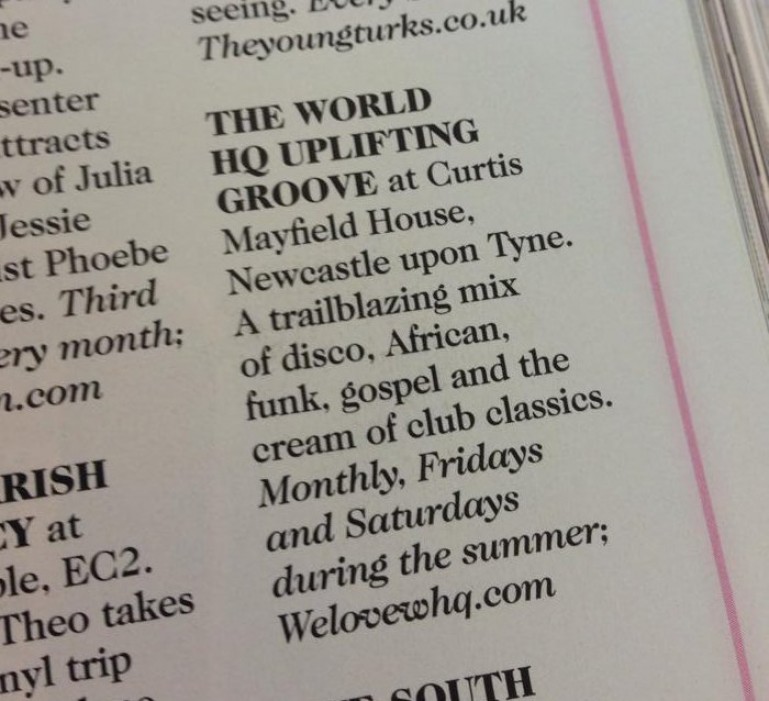 A nice little plug it was too..!

We were obviously pleased & also quite surprised.

There's nothing to it...

The end result was, along with all the startled texts we got from female chums, we also got a load of really pushy types, emailing us like nutcases, asking… 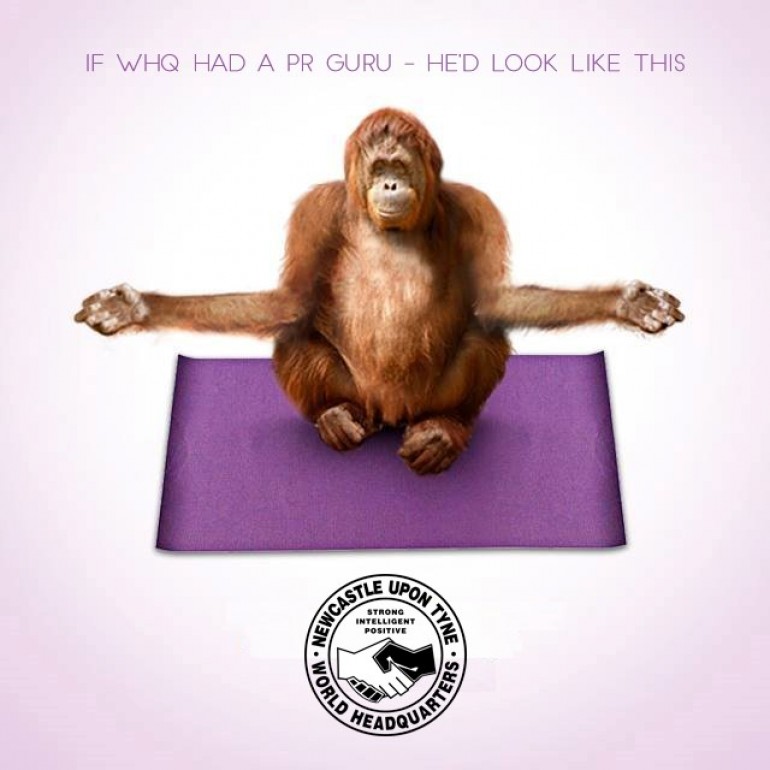 We found that hilarious, as it was only a tiny little plug & stuff just happens - we'd never use PR companies

We're underground & don't court the media & WHQ doesn't even pop up in DJ or Club publications that often. 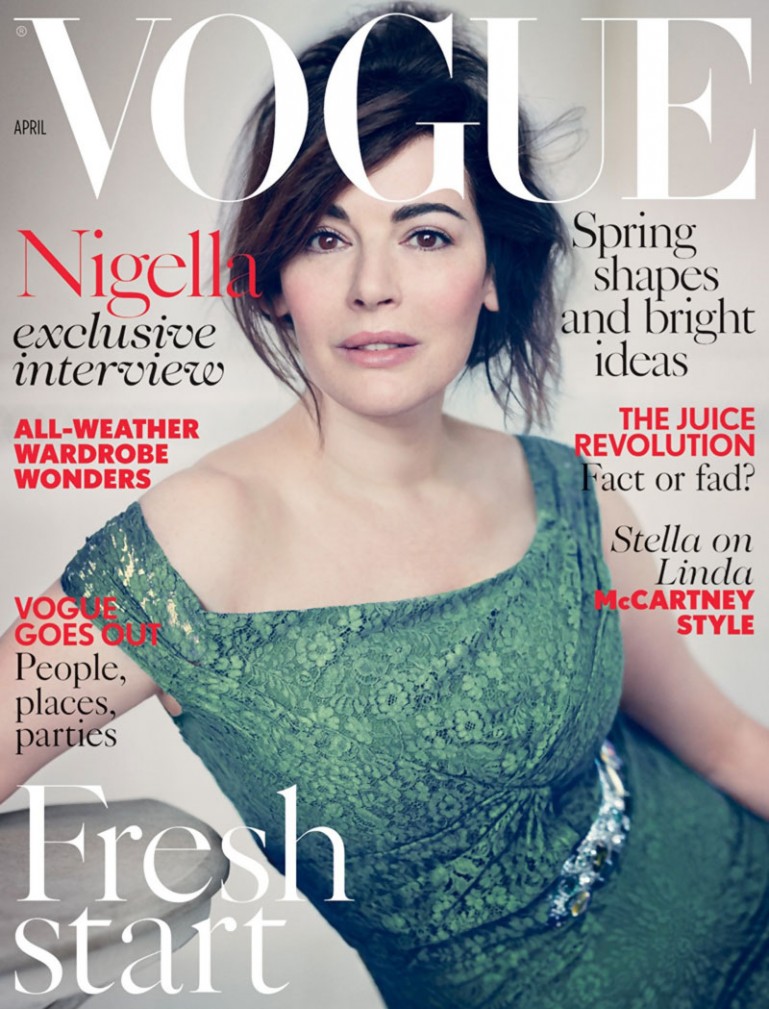 It seems that many folk happily pay a fortune, for even such a tiny mention to gain 'influence' – That's not for WHQ.

We just run a genuinely girl friendly Club, try to do good things & hope that will have a positive effect.

How they found out about us we will never know..? We wrote & thanked them anyway though, as it was nice of them to include us & that’s the way our Momma taught us to behave. 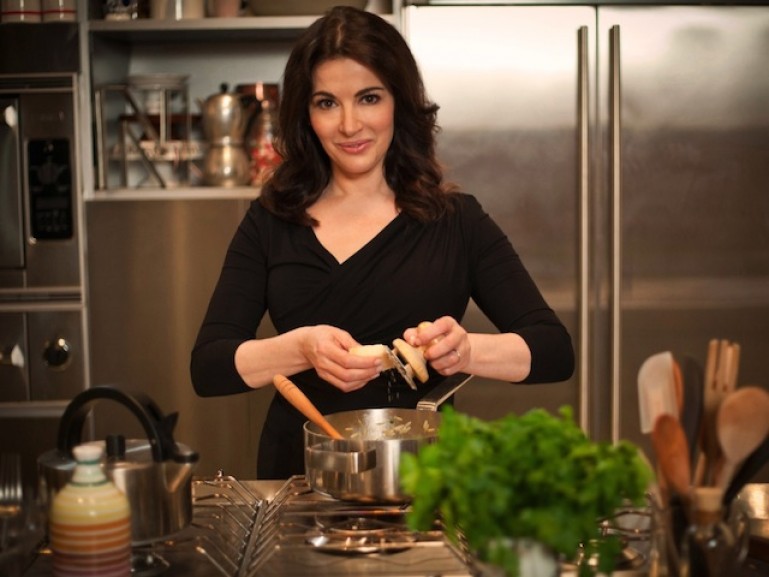 It seems from stuff we've heard lately, that it's only really in the past couple of years, that the penny seems to have dropped in parts of  the fashion world, inc. Vogue, that (other than Naomi) the entire world population, may not all be caucasian.

Historically, they've had shocking stats on their (none) use of Black staff & models & since 2014, we've gleaned more context on the magazine, that's taken the shine off our itty bitty plug a bit.

In the wake of the BLM Movement' Vogue got their asses kicked on social Media in 2020, when Black women worldwide, made their own 'Vogue' covers & plastered the internet with them...

All just a bit of a Chuckle...

Suppose it's proof that sometimes you don’t really need PR companies, Marketing departments, tea towels on your noggin, or any daft stuff like that… 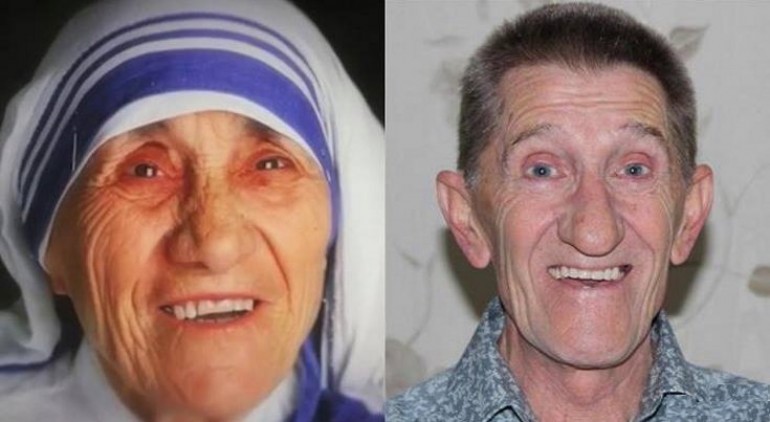 Tea towels, comedy, advertising - they all blend into one.
Top
Share 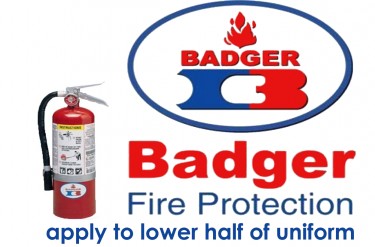